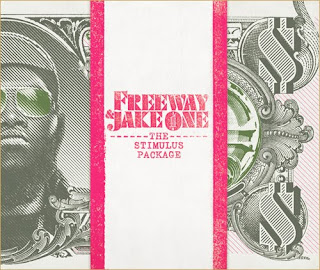 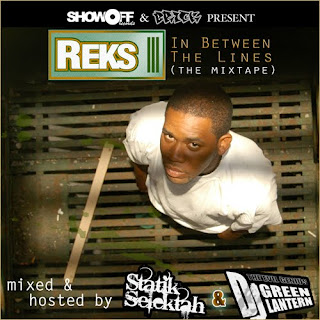 So this is a promo mixtape called In Between The Lines from the artist REKS hosted and backed by super-producers Statik Selektah & DJ Green Lantern. In anticipation of his 2010 album titled R.E.K.S. coming in March, this mixtape shows just how worthy REKS is to break out onto the rap scene. The upcoming album will have production by hip hop legends DJ Premier, Pete Rock, and Large Professor (not everyone can get these guys supporting them!).

On this mixtape here, REKS's flow is superb and his content is fueled by the "pain of being brought up on the grind". You can tell by his lyrics in track 2 "Self Titled" (preview above) just how hungry he is to make a name for himself as a lyricist/writer and as a hip hop artist. He frequently references old school hip hop and pays homage to the culture, which makes me respect him even more. Also, he has a lot of insight and explains his internal drive for rapping/writing, which makes him more three dimensional as an artist. I suggest you look up his last album More Grey Hairs if you like what you hear. That album has one of the most powerful rap songs that I've ever heard - "Dear Winter". I see a ton of future potential in REKS even though he has already proven his worth. Check for his new album coming in March. It's sure to be more hotness. 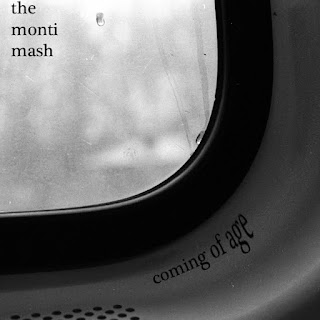 Note: This exclusive Filet-o-Mix, write-up, and cover art were created by my friend John-Carlo Monti. If you would like to submit your own Filet-o-Mix, hit me up at HeadPhoneHome(at)gmail.com.
Preview Tracks 8, 11, & 17
Mix the phrase coming-of-age with hip-hop and the visual most people will get will be something straight out of Don't Be a Menace to South Central While Drinking Your Juice in the Hood. However, one can grow up on hip-hop never having to hold a gun, deal with an accidental pregnancy, or ever having to cruise down the street in a '64. This Filet-O-Mix contains elements in the minds of those coming-of-age. Themes of first loves, friendship, self doubt, self acceptance, and other themes are apparent throughout this mix. Enjoy.
-Mix Master Monti
Tracklist
01 Atmosphere - Me
02 Kid Cudi - Man On The Moon (The Anthem)
03 Kanye West - Everything I Am
04 Fatlip - What's Up Fatlip?
05 Brother Ali - Forest Whitiker
06 Macklemore - I Said Hey
07 Common Market - Re-Fresh
08 Atmosphere - The Number One
09 Rhymefest - Build Me Up (Feat. O.D.B.)
10 Murs - Freak These Tales
11 Blu & Exile - In Remembrance Of Me
12 Kanye West - My Way Home (Feat. Common)
13 Murs - H-U-S-T-L-E
14 Atmosphere - Don't Forget
15 People Under The Stairs - Time To Rock Our Shit
16 Teenage Fanclub & De La Soul - Fallin'
17 Dyme Def - LetitBe
18 Brother Ali - Self Taught
19 Dyme Def - ForTheWorld
Posted by Filet Of Sole at 2/13/2010

Email ThisBlogThis!Share to TwitterShare to FacebookShare to Pinterest
Labels: Filet-o-Mixes 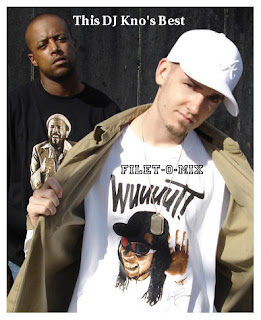