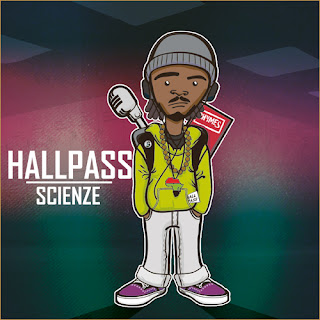 Download "Hall Pass" HERE
It's becoming rarer and rarer that you come across a new hip hop artist that really respects the roots of hip hop and really shows it throw their music, but ScienZe does just that and he does it well for all 16 tracks. He dropped a free mixtape "Hall Pass" late last year that seems largely slept on by the hip hop community. Wake up people.
Take the video and song "History (Play By Play)" below as an example of how MCing should be done; painting the visual narrative, use of creative wordplay, and evoking emotions with a personal message. This really brings about a potent feeling of nostalgia for the birth of hip hop. His flow is honest and seemingly effortless. The beat is driving and the perfect blend of sounds. Been on repeat all day and hope it does for you what it does for me.
Posted by Filet Of Sole at 3/31/2011 No comments:


Shouts to RemixTheVideo for putting me onto this mashup of my favorite Jimi Hendrix song mixed with one of Jay-Z's most controversial and perhaps best video. Now, I've never been a fan of the original beat of HOV's "99 Problems", so any remix of the song comes to welcome ears. However, not that many people have succeeded with a remix that actually sounds appropriate to the tone of the song (huge exception being DJ Roli Fingaz remix with Talib Kweli's "Get By" beat which you can download on my Filet-o-Mix: Jay-Z - The BLACK[EST] Album). However, this remix really kicks ass and makes watching the video for the song way more fun. This is a jewel. Enjoy. 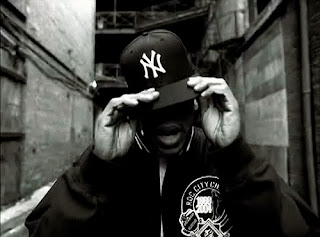 Video: Turn My Dreams Into Reality 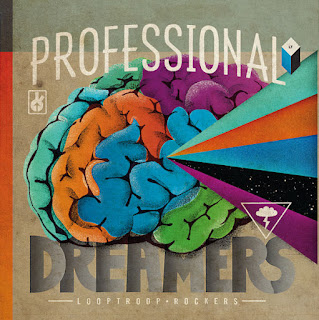 New Looptroop Album 2011
"Professional Dreamers"
There are days when you just can't seem to figure out what you're doing with your life or where you're going, but you know where you want to be... or at least you think that you do. The first video below is for all you daydreamers thinking about making it to the "big time" and the second video is for all my people who realize that they're already there because they are striving everyday for something that they believe in. "We've been on this trip with no end station, seems hopeless, but this is the destination". Life's a journey, so let the music convince you that you're already living the dream. And if you're not yet, then what are you waiting for?

Download: Looptroop Rockers - Professional Dreamers [right click to save]
Posted by Filet Of Sole at 3/13/2011 No comments: 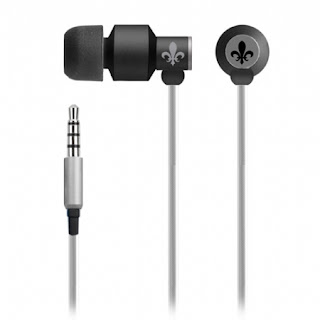 100 New Songs for Mardi Gras 2011
(buy these headphones)
Do you know what it's like to have an addiction? If you do, then you'll know that you can try to quit cold turkey, but once you get that craving and that first hit, it's full on relapse. For me, the past 48 hours have been nothing short of a hip hop bender. The start of 2011 had brought me such a busy work schedule that I was forced to put all of my new music listening and downloading on the back burner and haven't posted new music since #NewMusicFriday - 12/24/10 (where I recap the best new hip hop leaks each week and some random finds along the way). However, consider this post my very strong attempt to catch up on 10 weeks of hip hop in 2 days by bringing you 100 fresh new songs just in time for Mardi Gras!

In all honesty, you will not find another hip hop blog with a recap like this. Most blogs give you one song per post and more often than not, it sucks. Here are 100 tracks new hand-picked tracks from the well known to the up-and-coming MC's and producers. This is proof that hip hop is thriving well in 2011. All the below songs listed here were offered for free on referring websites and appear below in alphabetical order. Stream all the songs as a single playlist below or download the whole bunch for your collection at the 3 links below. And if you love it, help me keep real hip hop alive and support HeadPhoneHome.com by sharing this post and my vision. 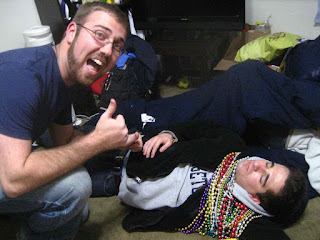 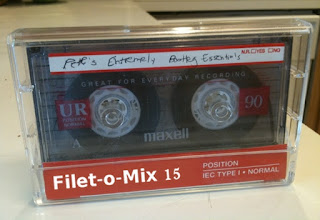 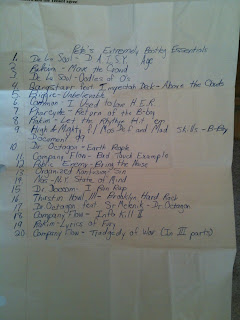