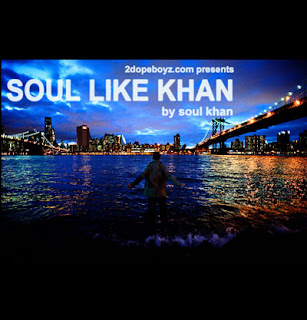 The Brown Bag AllStars consist of Soul Khan, The Audible Doctor, J57, Koncept, DJ Goo Punch, DJ E Holla, and Deejay Element who all met each other while working at the legendary hip hop record store Fat Beats NYC (now R.I.P.)
My introduction to the Brown Bag AllStars started with a battle rapper named Soul Khan. If you have never seen a hip hop battle, then today is your lucky day. The below is one hell of an introduction to both Soul Khan and the important (yet dying) tradition of the MC battle. His delivery and punchlines are INSANE. Stand back or you might get a black eye.
Soul Khan VS. Madness (Battle starts at 1:15)
Peace and enjoy hip hop responsibly.
-Filet Of Sole
Posted by Filet Of Sole at 12/16/2010