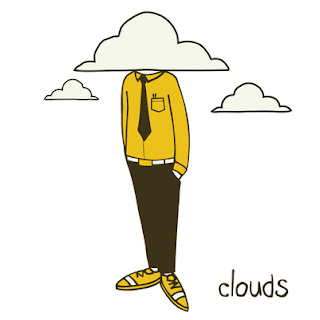 Download "Clouds" HERE
Maybe I've missed something, maybe I haven't, but it seems that Apollo Brown has exploded out of nowhere in the past year with perhaps the best production work of any producer in hip hop right now. After producing the entirety of the album "Gas Mask" by The Left, which in my opinion was the best hip hop album of 2010, Apollo Brown has dropped consistent non-stop bangers.

Now Apollo is back with a 28 track instrumental album that is appropriately named "Clouds" that takes the listener on a spiritual journey. These tracks are not the same kind of hard-hitting anthems that were found on "Gas Mask", but rather Apollo shows off his versatility with an offering of smoothed-out soul sampled chopped loops with his signature pounding drums - making the whole album a consistent listening experience. Every track is beautiful and drips with quality. If you want to hear how hip hop is supposed to sound, then look to Apollo Brown as your musical tour guide. Spread the word.