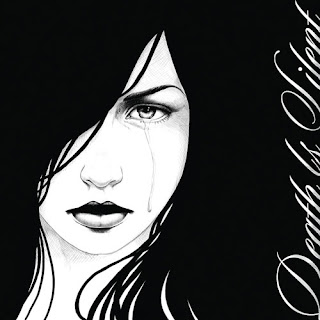 Download HERE!!
Preview This!!
3. Loneliness Ft. Nemo Achida & Deacon The Villain
9. I Wish I Was Dead Ft. Tonedeff
10. They Told Me Ft. Deacon The Villain
Damn this album is beautiful and I just needed to share it with you. On Death Is Silent, Kno proves once again that he is currently one of the best producers in hip hop in terms of his music's creativity, uniqueness, and overall quality. You may have heard of Kno before because he is one of the founding members of the hip hop group the CunninLynguists, where he first displayed his production and rapping talent. Since that CunninLynguists debut album, Will Rap For Food,  Kno's music has become increasingly more refined, mixing in an emotional quality that few other producers can create.

Death Is Silent is Kno's first full length solo LP and he shows his mastery of hip hop music by making a cohesive album in terms of both theme and sound. The album's topic revolves around death and it's profound impact on life. The overall feel of the music is just what you'd expect; morbid with an emphasis on the hardening of your nerves in the face of death and father time. Kno produced the entirety of the album and raps the majority of its verses with an awesome cast of notable featured artists including Tonedeff, Substantial, Tunji, and his two partners in the CunninLynguists, Natti, and co-founding member Deacon The Villain. The album has a heavy focus on samples about death, which Kno skillfully builds the concept of each track around. He also uses subtleties like sound effects to create a layered effect on tracks. For example, track 5 "Rhythm Of The Rain" uses rain to give the track extra volume and track 4 "La Petite Mort (Come Die With Me)" uses birds chirping in the chorus to add to the tracks imagery. Also, I'm really digging the vocal samples, which range from obscure quotes about death to creative uses of rap lines from Andre 3000 and Kanye West.

I'd say the production is always my favorite thing about Kno's music, but the lyrics of this album should not be overlooked. In fact, you can read all the lyrics to each song at the CunninLynguists bandcamp page along with the ability to stream every song. My lyrical highlight from the album is on track 8 "Graveyard" where Kno shows you his "wordsmithery" with a stream of witty referencing punchlines like "I Vincent Van Gogh hard in the paint. What gave you the impression that I can't? Many have tried, most of them failed. Trap or Die, Oregon Trail." And as always, Deacon The Villain brings his A-game with complex versus that take some time to digest.

My only wish is that more artists were this talented and could execute like Kno can. I HIGHLY encourage you to download my previous compilation of DJ Kno's Best production work if you like what you hear.