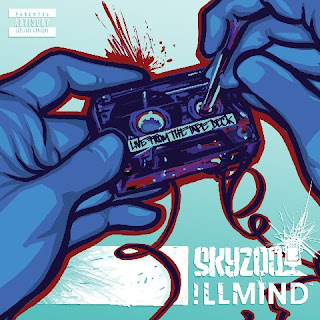 DOWNLOAD HERE
Stream It HERE
Cop The iTunes Bonus Track HERE
Skyzoo & !llmind - Speakers On Blast
I've been very selective about my new hip hop these days because I only have time to bring you the best of the best when I post. Here is an album that dropped two days ago. As soon as I heard the first single, I could tell what was going down. I mean I love Skyzoo as an MC and I love !llmind as a producer, but to synthesize like they do here is downright dope! They created a solid project from start to finish that gives the listener a reason to do a rewind several times. A straight up beats-and-rhymes-focused cassette-tape-influenced banger for the 2010 era.
In Live From The Tape Deck, Skyzoo takes his lyrics to the next level, as he seems to have matured in his style since he started releasing mixtapes in 2005. In the video for their first single "Frisbees" below, Sky spits bar after bar after bar with a superbly unique flow and meter. For example, start the song and follow along:

"I guess how I set it off will determine how I finish 'em, finishing this is fine, the finish line is the scrimmage, scrimmaging a design, and designing this by the witness, witness it from the side, as I'm drifting up out of the ending. Ending another Stanza, by beginning you explaining, explaining an explanation and waiting while you arrange it, arranging it around, and I'm astound' from where you place it, the placement was out of place, just try to keep it adjacent, to the couplet, tercet, quatrain, cinquain, sestet, septet, octave and in plain..."

His use of the poetic terminology of stanza structure was the first thing to really catch my ear. I mean what other rapper that you know has half of those words in their vocabulary, not just the ability to conjure them up in the old tried-and-true hip hop tradition of counting in your song (think Snoop Dogg à la Nuthin' But A "G" Thang). Needless to say, the rest of the album doesn't disappoint in the lyrical department.

!llmind produced the entirety of the album and boy was that a good decision. When a producer has the ability to do every track on the album, automatically they are concerned about making the project cohesive. !llmind wanted to keep this tape sounding analog, but in a 2010 sorta way. You can be the judge, but I think he did an amazing job. The beats are dark, grimy, and occasionally switch up in style midway through the song which is totally a refreshing touch. You know this album was meant for true hip hop fans and not radio play. 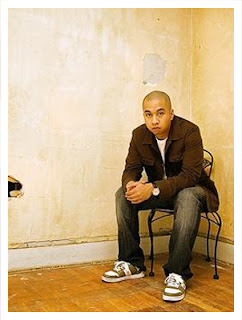