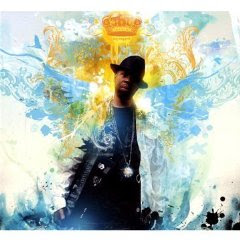 Here we go with another album from J Dilla (R.I.P.). For all those that may not know his legacy, this one of a kind producer passed away due to complications from the autoimmune disease Lupus in 2006. This most tragic death came at a time when Dilla really was just coming into his prime. He tirelessly worked on his masterpiece beat tape "Donuts" right up until his death, often struggling immensely to make his beats. The album was released on his 32nd birthday and he died 3 days later. To most hip hop heads, Jay Dee's beats represented the most creative and musically ingenious sounds that a hip hop producer could offer. This album gives us a sampling of some previously unreleased instrumentals as well as tracks featuring rappers such as Black Thought, Blu, Lil Fame of M.O.P., Raekwon, Doom, Havoc of Mobb Deep, and even his brother Illa J. I only with every track had a featured rapper because you can tell that these full length beats were meant to be rocked by the best of the best. Now cop this album if you're a fan of the head-nodding beats of Dilla, and if you're new to his work pick up the classic beat tape Donuts. You won't regret it. Promise.