Not only is this Jay-Z song significant for hip hop, but the video is as well. When's the last time that happened? I can tell you I don't know, but it's been a while.

On his newest single D.O.A. (Death of Auto-Tune), Jay-Z speaks his mind on the wasteland that is the current state of commercial hip hop music over a guitar-infused No I.D. track (don't remember No I.D.?: take Common's classic album Resurrection out for a spin). So why is this track significant? Let's be honest, this is not the first time a rapper has bashed the new shitty hip hop plastered all over the radio. However, Jay-Z is one of the most successful rappers to ever live and what he says is never taken lightly whether you love him or hate him. In the song, Jay systematically tears down ringtones, trendy colorful clothes, fake thugs, and especially Auto-Tune (the voice-distorting program that brought T-Pain his fame). And in the video, they blow up chains, racks of flashy clothing, and Auto-Tune program boxes. He also puts the video in an underground mafia-type gangster setting to completely contrast most other new rap videos, which demonstrates that flashing your money and showing off is NOT what hip hop is about and NOT respected by real hip hop legends like Jay-Z.


D.O.A. Quotable: "You rappers singing too much, get back to rap, you're T-Paining too much"

The significance thus comes from the fact that Jay-Z is taking an anti-conformist stance on the whole issue in order to shift people's current conceptions about what they believe to be "cool" in the rap world. If enough people take him seriously, we could see a backlash and a subsequent re-emergence of some decent hip-hop on the radio. That would be a huge step in the right direction. 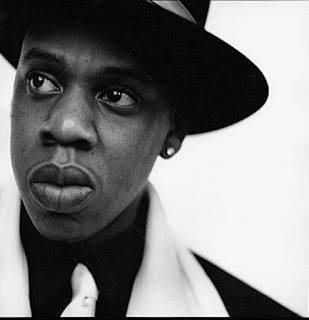