Song Comparison: Sway - This Is My Demo vs. Fit 4 A King 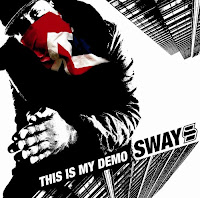 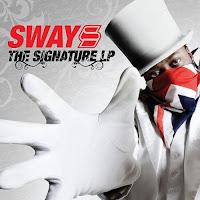 These are two of the illest album intro's that I have ever heard - both coming from consecutive LP's from the UK rapper Sway (aka Sway DaSafo). The rest of the two albums have their share of gems, but all the other tracks pale in comparison to these two epic anthems.

Seriously, upon first listen you will most likely not absorb a single word of either song. These two beats combined with Sway's unpredictably fluctuating and rapid-fire delivery are too awesomly distracting to pay attention to what he is saying (his English accent might throw you off as well). However, with an increasing number of listens you will start to notice more and more of each track's subtle complexities as well as their analogs in song structure. For example both songs have: 1) Approximately one minute of build-up before the first verse 2) Three verses with a spoken interlude leading into the start of the third verse 3) A central focus on frantic rapping while still maintaining understandable lyrics and 4) An underdog theme with a triumphant soundscape.

It seems that Sway has found a repeatable formula for the most EPIC album intro ever (both of which he produced). Let's just say his next album's intro has a whole lot to live up to after these two tracks. Yet, I have no doubt that he will deliver another classic.

*Note: The lyrics websites that I have linked to are not completely accurate.
Posted by Filet Of Sole at 12/20/2009