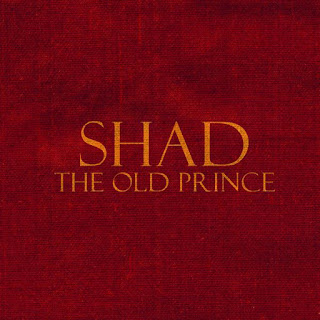 Ladies & Gentleman, I want to introduce you to a little thing called lyricism. Now just because a rapper says something like "I spit hot fire" does not mean they actually do. The world has too many rappers like "Dylan" (Chappelle Show Reference) and not enough like Shad. However, after you hear some music by the Canadian rapper Shad (from London, Ontario), you might start to understand what the term "lyricism" really means. The man is full of lines that could leave you thinking, "Damn, did he really just say that?". I'll give you three examples of his amazing lyrics from The Old Prince after this quasi-freestyle by the man himself. Listen to the lyrics!


1. "I put the smack down like it's rehab, make sure that there's no relapse with these cats, y'all cowards couldn't (w)rap this dope with a zig-zag" - 'I Don't Like To'

2. "Know who the staff you roll with is, Your staff can turn to snakes like Moses's" - 'Now a Daze'

[In case you didn't get all that: "smack" = heroin, "zig-zag" = a brand of rolling papers, "Dash" = Damon Dash (former Co-President of Roc-A-Fella Records)]

His use of double entendre is just filthy. On top of all his amazing wordplay, Shad's lyrics reflect the fact that he is an extremely humble, introspective, and conscious dude. But he also has got a humorous side. If you like The Fresh Prince of Bel-Air, then you need to check his music video for the The Old Prince Still Lives At Home. Shad is currently studying part-time for a master's degree in Vancouver and at the same time following his dreams of making good music. Check out this unofficial music video below for a beautiful visual accompaniment to one of his newest songs. You won't be disappointed!

Shad Ft. Jermiside & The Destruments - 'The Calling' (first two verses by Shad, last one by Jermiside)