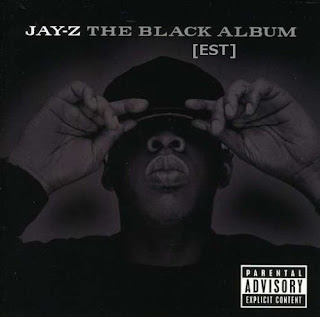 
This Filet-o-Mix is a special one because it was created through the work of a team. With the help of my two junior year college roommates, Wes and Antoine, the three of us put together what we feel is the ultimate compilation of remixes of Jay-Z's The Black Album. But before we get too much into the mix, you first need some background on this classic album. This will give you an idea about why The Black Album spawned a unique proliferation of remix albums that spans almost every color in the visual spectrum.

Jay-Z released arguably one of his best CD’s, The Black Album, in 2003 and separately released an A Cappella version of the album later that year. This turned out to be a masterful decision on his part because it sparked a whole movement of producers (some famous / some not) who tried their hand at remixing the hell out of Jay-Z’s phenomenal lyrics…and remix they did. Even well respected producers such as Kno of the CunninLynguists and 9th Wonder, formerly of Little Brother, released their own remix albums (The White Al-bu-lum & Black is Back, respectively) creating beats specifically for the project. Other DJ’s made “mash-ups” out of Jay-Z’s work, which are combinations of other people’s beats with lyrics from The Black Album A Cappella. Two noteworthy mash-ups are The Silver Album remixed by Bazooka Joe using RJD2 beats and The Black Album Pete Rock Remixes mixed by Quo. Of course, the most famous mash-up to date (that ended up putting DJ Danger Mouse on the map) is The Grey Album, which mixed The White Album by The Beatles with Jay-Z’s The Black Album (hence Grey). What was planned to be Jay-Z’s final album before retiring from rap music turned out to be more than HOV could have even imagined.

Getting back to MY remix album. After I had downloaded approximately 10+ remix albums, I was finally ready to do what I do best and sort through all of these songs to bring you the best of each Jay-Z track and compile them all into what I have dubbed The BLACK[EST] Album.

Contributions
Antoine: The Red Album (JPN Import)
Wes: The Pink Album & The Purple Album
Posted by Filet Of Sole at 10/09/2009