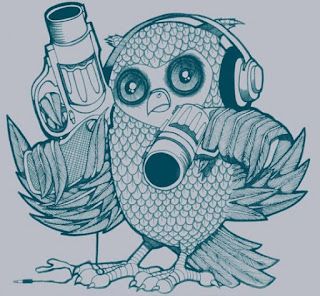 Download #NewMusicFriday Hip Hop - 11/19/10
Boy do I have some HEAT for you this week!!! Stream the below songs (download individually by right clicking and saving them) OR download the whole bunch by hitting the download link above (recommended). New joints this week are by 1) Established artists Dr. Dre, Eminem, Royce Da 5'9", Kanye West, Talib Kweli 2) Soon to be mainstream up and comers Wiz Khalifa, Jay Electronica, Consequence 3) Underground heavyweights Zion-I, Termanology, Sabzi, Alchemist, Oh No and 4) Up and coming underground artists Sol, John Regan, IMAKEMADBEATS, John Public, and Laws. There's truly something for everybody here. All great hip hop. All approved by the ears of yours truly. Dig in while it's hot and peep my newest album recommendations below these songs.


Update: Ok, so I changed my philosophy about #NewMusicFriday. Originally, I was just gonna put up songs that came out ONLY this past week, but I realized something - you dont really care that they ALL came out in the past week do you? You care about GREAT HIP HOP. So now I will use #NewMusicFriday to document my own personal journey of music discovery. This means putting up both the newest good singles that have leaked from the past week AND all the great ones that I find in the process (I will only select singles, not selections from albums as in my Filet-o-Mix CD's). I will take you on a ride and let you hear what I hear. You will start to realize just how much hip hop music I'm up on. This might scare you, but I'm willing to take that risk. Don't believe me? See below for details... I'm addicted to good hip hop.

I've decided not to provide all the links to download these, but I can tell you that some of these albums will get their own individual post from me. Some of them I already know will.

If I still bought music, I'd be dead broke right now. So to the artists whose music I steal, know this - I go to your shows and I promote your music to others. Hope this makes up for my piracy in some way...